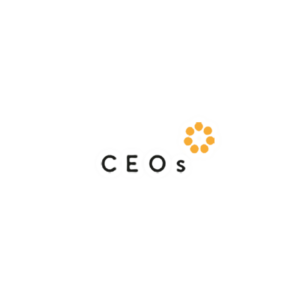 The CEOs CIRCLE is a forum for CEOs of foreign and major Greek companies to meet and exchange views and experiences.

The CEOs CIRCLE meets for dinner once a month, with the participation of an invited guest. The CIRCLE is organized to provide information on the regulatory, economic, social and communications environment of the country, as well as serve as a forum for members to exchange concerns and opinions.

⌟ Aims of the CIRCLE

The CEOs CIRCLE is a forum for heads of companies in Greece to exchange opinions and information with a view to:

Facilitate understanding of the regulatory, economic, social and communication environment of the country.

Provide a forum for the free exchange of common concerns and opinions among members.

The members of the CEOs CIRCLE meet once a month (except in August) at a dinner starting at 20:30 and ending at 22:30.

Three types of dinner meetings are organized to serve the goals of the CIRCLE:

The members of the CIRCLE are committed to complying with the rules of business ethics and competition law.

Participation in the CEOs CIRCLE is strictly personal and no representation of a member by another person is permitted.

Special care is taken in choosing the members of the CEOs CIRCLE, so that no industry is over-represented.

A dedicated website is available to CEOs CIRCLE members to facilitate direct contacts, particularly through the Who’s Who of members.

The CEOs CIRCLE is organized by Public Affairs & Networks, which:

CEOs CIRCLE members must be heads of their companies in Greece.

All nationalities, as well as all sectors, are admitted to the CEO CIRCLE.

Admission to the CEOs CIRCLE is based on the principle of each new member being proposed by two already active members to ensure the coherence of the CIRCLE and to maintain the privacy of the group. In this way, members’ freedom of expression is secured, and over-representation of any industry is avoided.

The membership is strictly personal. If a member leaves, this does not automatically mean that a new member will be admitted, and any new member will have to be proposed by two existing members.

Participation in the CEOs CIRCLE is strictly personal and no representation of a member by another person is permitted.

For this reason, the members of the CIRCLE undertake to:

– Get actively involved in the coordination of meetings.

– Propose potential new members and guide them on their first steps in the CIRCLE.